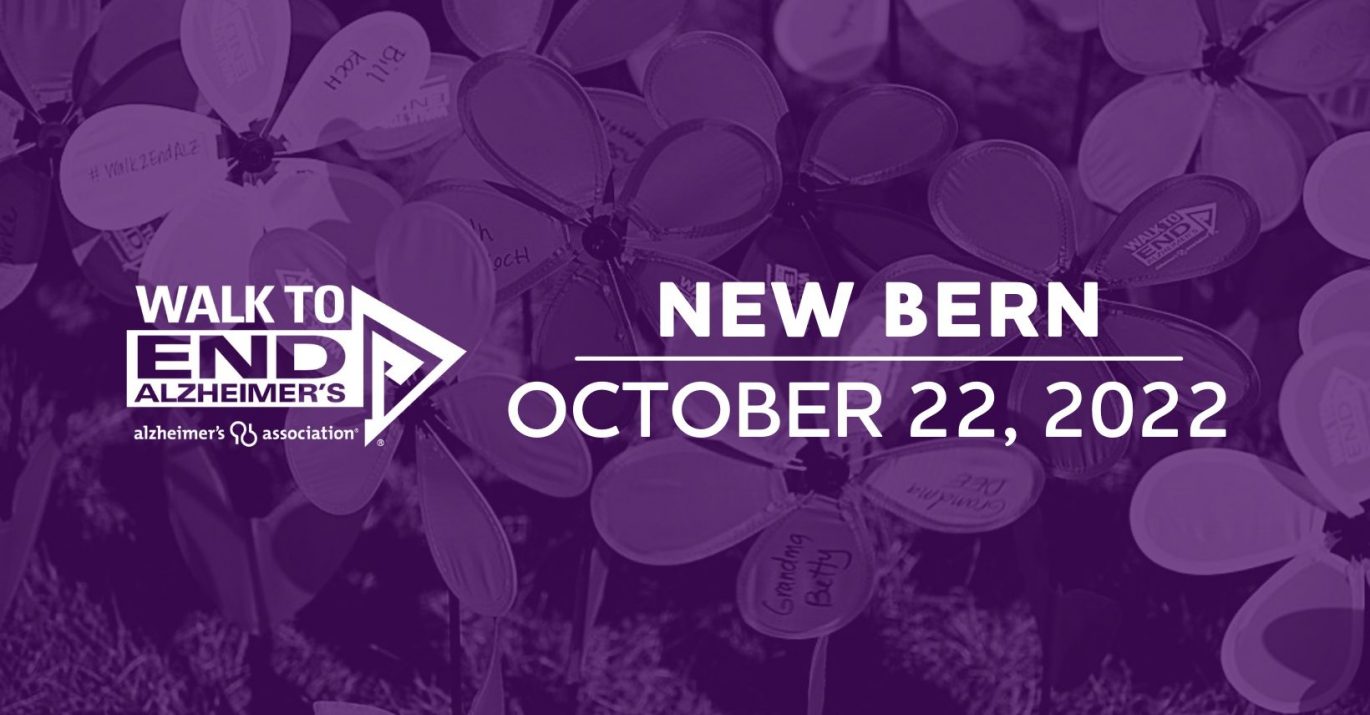 Below is the event’s official news release from the Alzheimer’s Association.

The Alzheimer’s Association – Eastern North Carolina Chapter will be hosting Walk to End Alzheimer’s – New Bern at Union Point Park. Check-in opens at 9 a.m. with an Opening Ceremony at 10 a.m. and a Walk Start at 10:30 a.m.

On Walk day, participants honor those affected by Alzheimer’s with the poignant Promise Garden ceremony — a mission-focused experience that signifies our solidarity in the fight against the disease. The colors of the Promise Garden flowers represent people’s connection to Alzheimer’s — their personal reasons to end the disease.

In North Carolina alone, there are more than 180,000 people living with the disease and 356,000 caregivers.

To sign up as a walker or Team Captain or to learn more about becoming a sponsor or volunteer of Walk to End Alzheimer’s – New Bern, visit act.alz.org/newbern or call 800-272-3900.

The Alzheimer’s Association is a worldwide voluntary health organization dedicated to Alzheimer’s care, support and research. Our mission is to lead the way to end Alzheimer’s and all other dementia — by accelerating global research, driving risk reduction and early detection, and maximizing quality care and support. Visit alz.org or call (800) 272-3900.